This post has been long in coming. Yeah I know lately all my posts have been about food. Oh well, c'est la vie.
Anyway, one fine day when I heard that Popeye's was making an appearance here on Malaysian shores, I was really glad. For too long all we've had was KFC, which would make me feel sickly almost everytime after eating it. Oily, greasy, and overall just nasty (and the chicken pieces have been shrinking steadily year after year as well), it wasn't really a place I would really like to go to on a regular basis.
Enter Popeye's. I remember having this when I was back in Canada, and it was good. Miles better than KFC in fact. I silently prayed that the locals wouldn't screw this up like they do many other franchises.
The first branch opened at Taman Tun (or TTDI for short), and I duly went to try it, and wasn't disappointed. Granted, my memory of Popeye's was a bit better than what I had there, but it wasn't bad at least, and it was significantly more pleasant than KFC.
Anyway, some shots of the food. 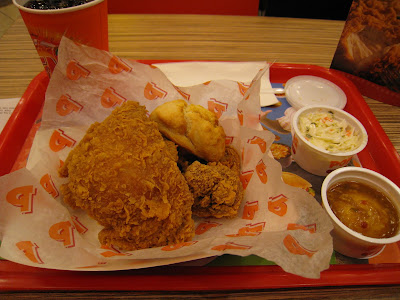 the Three piece chicken combo. Note the chicken is significantly larger than the typical KFC chicken. 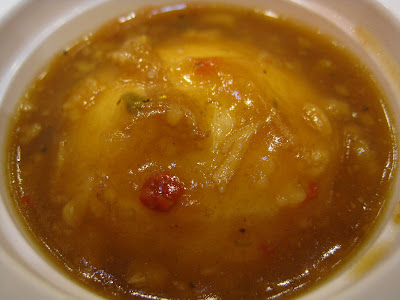 the mashed potatoes have chicken pieces in the gravy. It's smooth, creamy, and definitely tasty & yummy. 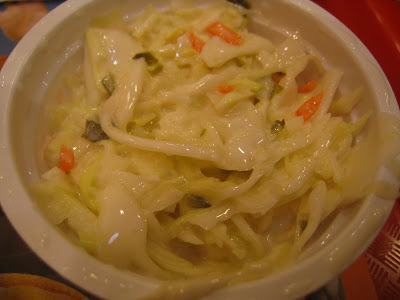 Even the coleslaw is wonderful, something even those who don't normally eat vegetables, would turn to. Not too creamy, not overpowering, just fresh and tangy.
To me, personally, I found the chicken to be much more tender, juicy, and much less oily than KFC. It's also much bigger than KFC. Some people have commented on the price, but hey, a 3 piece combo at one place will cost RM11.40, and leave me full but bloated, sickly and feel like puking. The other place will cost me RM11.95, and leave me full and contented, and with the good feeling of having had a good, hearty meal. I know which one I would pick. Also, Popeye's uses Coke, which I prefer miles over the Pepsi crud that KFC serves.
I tried the fried fish on another occasion. It's very nice, juicy and tasty on the inside, crispy on the outside. The fried shrimp is fresh, however, it's nothing to shout about, especially if you've been to Bubba Gump recently before that.
Popeye's has opened their second branch at Sunway Pyramid already (right beside Dunkin Donuts, where Delifrance used to be) and is in the process of opening their third branch in Midvalley (where Shakey's used to be, they're gonna share the space with Domino's, they're under the same franchisee).
Food: 7.2
Drinks: 6.5 (standard fast food options)
Service: 6.7 (many are still trainees, but it's alright. What else do you expect from fast food?!)
Value: 7.9
Drink

The Seasonal One said...

I will definitely try it.

(well, most of them anyway) are taken with either:
Canon IXUS 860 IS
HTC Desire

sites & blogs I hang out at

Petfinder - I support this! Adopt a pet!